Who Is Tiffany Walden? 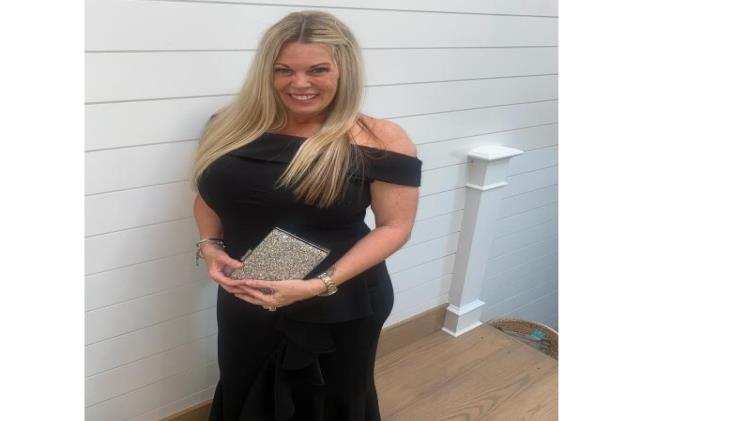 Tiffany Walden’s life might seem like one of privilege and nepotism at first glance. The daughter of John Walden, she was able to successfully take over the family’s company when he passed away. However, Tiffany Walden found ways to regain her personal life to gain her father’s trust before he passed away.

Who exactly is Tiffany Walden? This story is about handling struggles, perseverance, and a strong worth ethic. It wasn’t always pretty, but it worked out in the end.

Tiffany Walden grew up in Florida during early childhood. It took work for her to handle a lack of supervision. Some struggles made her want to run away from home as a young teenager. It never turned out victorious, and John Walden decided to send her to a facility in Orlando.

The facility did nothing but help her in the long run. It was a windowless warehouse, and she spent three years getting verbally, emotionally, and physically abused. It also killed her academic spirit, and she never pursued any college degree later in life. Even getting to high school seemed nearly impossible at the time.

A battle with Crohn’s disease at 15 turned out to be her ticket out of the facility. While battling Crohn’s brings another issue, it alleviates the abuse. She was pulled out of the facility, allowing her to live a more typical high school life. This would also be the start of getting her life back together as she progressed to adulthood.

A Life-Changing Move to Utah

In 2004, Tiffany Walden relocated to Eagle Mountain, Utah, with her son. She wanted a fresh start and knew this was a particular area for her and her family. It would be a fantastic decision, as it opened doors for her professional career.

Life was standard for the first few years, serving as a waitress and building stability with her young family. Moving near her father would make people think she would get a job without question, but John Walden did her work for everything. He gave her something when she showed a strong work ethic and focused as a professional.

Within a few years, John Walden decided to bring Tiffany on as a manager for a few homes he was renting out. With minimal real estate knowledge, Tiffany jumped in and handled the job while exceeding expectations.

She then started to teach herself more and more about real estate and look into building up a business of her own.

Taking Over the Family Business

John Walton‘s legacy lives on, but in 2017, it was in jeopardy when he lost his battle with pancreatic cancer. A few decades prior, he might not have even considered Tiffany Walden as someone to replace him in the company. Thanks to all the work she put in the decade before, he couldn’t find a better option than her as a leader.

Tiffany Walden took this new role as a leader of a company that had a lot of land and developments to its name. She also knew that she owed a lot to the city of Eagle Mountain to keep it running and give residents optimism that she could lead the way.

One of her first big deals came with Facebook. She organized a deal that resulted in Facebook purchasing about 1000 acres of land to build a facility that opened up local jobs. Each year, she also continues to build homes to keep up with the growing area.

More and more people are flocking to the region, and Eagle Mountain’s survived that growth with the right planning. As Eagle Mountain grows, more and more businesses will at least inquire about the possibility of working with the city.

Being a mom and running a business takes up much time, but Tiffany Walden has also done much volunteer work throughout the years. She’s played a big role in the Utah Domestic Violence Coalition, as she relates to a lot of struggles that those people have gone through. Whether it is providing financial assistance or donating time and energy, she always finds time to make it work.

Volunteering builds up all types of communities. For a young community not even 30 years old yet, Tiffany Walden hopes to lead by example in that department.

Running a Business as a Mom

Maybe the most convincing thing that Tiffany Walden pulled off as a young adult came down to balancing work and serving as a mom. It was a way to show that she was growing up right in front of her father‘s eyes. He wouldn’t have trusted all the work he put into the business in her hands without showing value.

Her balance of being a businesswoman and also being there for her family showed a level of maturity that she herself might not have even known beforehand. The Walden family tradition lives on thanks in large part to the effort she put into bettering herself.

What’s Next For Tiffany Walden?

For now, Eagle Mountain continues to be a high priority for Tiffany Walden. She wants to see the city grow, and a lot of that will help out Tiffany Homes and her business. Being a bigger part of the community by volunteering also remains part of her bigger focus.

Even if there were times when she wasn’t sure if she’d get into the real estate development business at all, it was always in her blood. A third-generation custom home builder, she’s always looking to make improvements with each new project.

There’s never an exact science to it, so it’s all about listening to the customer and making what they are thinking into a reality. If she can do that, the business will continue to grow in this part of the country.

How to Use Clothing to Maximize Your Overall Attractiveness

The Complete Guide to Choosing your Workwear