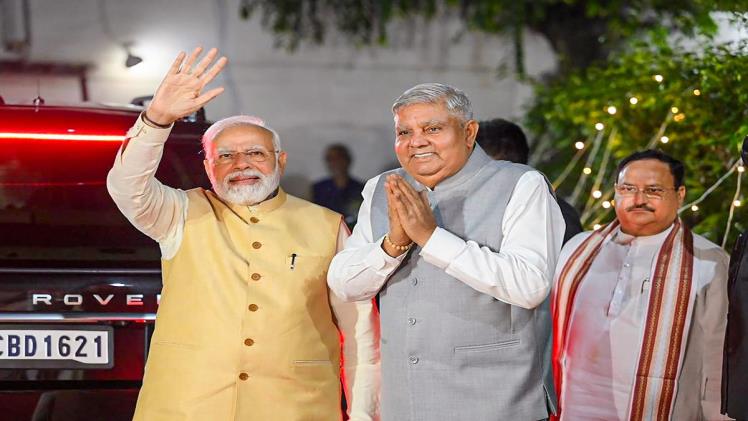 In India, the president is the head of state and the Indian Armed Forces’ commander-in-chief. To qualify as a president, the candidate must be an Indian citizen and complete 35 years of age. Additionally, the candidate must hold the office of a State or Union Minister and Governor. Being a House of the People member is also a must-have qualification. You can check the president of India list from 1947 to 2022 on different websites. You will find a list of 15 presidents that have fulfilled their duties for India and its people. And some have become very popular over time. Continue reading this article to find out more about them.

Dr A.P.J. Abdul Kalam was the 11th president of India from 2002 to 2007. He was nicknamed “Missile Man” because of a program that developed several successful missiles. Regarding his education, he earned a degree from the Madras Institute of Technology in aeronautical engineering. In 1959, he joined DRDO (Defense Research and Development Organisation). One of his missile successes was Agni, the first-ballistic missile of India of intermediate range, released in 1989. He played a significant role in the nuclear weapons test of 1998, making the country a nuclear power. Dr A.P.J. Abdul Kalam fulfilled his vision by allowing India to increase the use of technology, widen access to education and healthcare and increase agricultural productivity. He has authored several books such as India 2020, Ignited Minds, Failure is a Teacher and Adamya Sahas. Also, Wings of Fire is an autobiography by him and Arun Tiwari. He has received awards of the highest honour, such as Bharat Ratna in 1997 and Padma Vibhushan in 1990.

Sarvepalli Radhakrishnan was the 2nd president of India and served from 1962 to 1967. Before becoming president, he was a vice chancellor of BHU (Banaras Hindu University) and Andhra University and a philosophy professor at Calcutta and Mysore universities. His birth anniversary is observed in India as Teacher’s Day, every 5th of September. He served as India’s vice president from 1952 to 1962 and was elected as UNESCO’s chairman. Some of his books include An Idealist View of Life, East and West: Some Reflections and The Philosophy of The Upanishads.

Pratibha Patil was the first woman president to serve in office from 2007 to 2012. She studied in a Jalgaon college and received a master’s degree in economics and political science. She had also served as the Governor of Rajasthan in 2004. She was awarded a Grand Cross and Special Class of the Mexican Order of the Aztec Eagle on the 3rd of August, 2018. Pratibha Patil set up educational institutes in Mumbai, Pune, Amravati and Jalgaon. A hotel for working women called Shram Sadhana Trust was opened in Pune, Mumbai and New Delhi by her.

Rajendra Prasad was the 1st president of India, serving in office from 1950 to 1962. He graduated from Calcutta Law College and practised law at Calcutta High Court. Rajendra Prasad authored Searchlight after becoming an active journalist. In addition, he wrote Desh, a Hindi weekly and began a campaign in India to recognise Hindi as its national language. In 1946, his autobiography, known as Atmakatha, was published. Rajendra Prasad has also written India Divided and Mahatma Gandhi and Bihar: Some Reminiscences, among other books. In 1962, he was awarded the highest honour of Bharat Ratna.

You can search for the president of India list from 1947 to 2022 and attain a pdf file. You will undoubtedly get to know about more presidents and learn about them, helping you out for your exams.

Style Up Your Stage With Balloons Using These Tips

Benefits of Having Flowers In Your Space

Ways to Exercise With Your Children