Fish is the main ingredient in Jewish Cooking 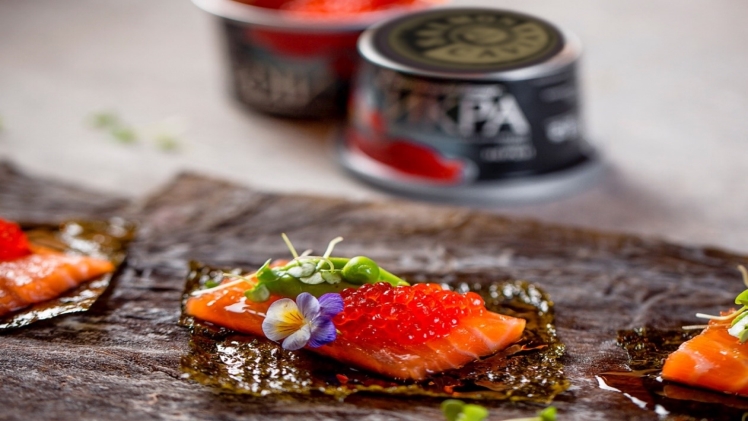 Fish traditionally occupies a central place on the Jewish table. Such fish dishes as forshmak and gefilte fish are known everywhere and have become a tangible symbol of Jewish cuisine. But over the past half-century, salmon has become the most popular fish among Jews. This growth is due to the global trend. The fact is that salmon began to be grown artificially, and it ceased to be considered a delicacy. Farmed fish has appeared in abundance on the shelves, and its cost is much lower than the cost of wild fish. And wild salmon, in turn, moved into the category of delicacies.

But the permissibility of fish grown on aqua farms for Jews is a moot point. The fact is that farm fish feed on compound feed, where some chemical additives are added. First of all, these are antibiotics – they are necessary since salmon is grown in very narrow cages, where the fish are practically unable to move due to the extensive crowding. Under such conditions, the spread of any infection will be lightning-fast and entail the entire population’s death. Farmers will suffer significant losses; therefore, large quantities of antibiotics are added to the feed to protect the economy from losses. Another mandatory supplement is hormones. They are used for accelerated weight gain – thanks to hormones, farmed salmon gains weight 2-3 times faster than its wild counterpart. Another additive that you can’t do without dyes. Wild fish have a reddish tint to the meat due to the high content of astaxanthin, which they receive from their diet. Phytoplankton, eaten by salmon in the ocean, feeds on microalgae rich in astaxanthin. It is the most potent natural antioxidant. For comparison, it is 4.6 times more powerful than beta-carotene, 110 times more beneficial for the skin than vitamin E, and has 6,000 times more free-radical-fighting potential than vitamin C. Farmed salmon have nowhere to get astaxanthin, therefore, to make its meat look like wild salmon meat, it must be tinted with dyes added to the feed.

The origin of all these additives included in farmed salmon feeds is almost impossible to identify. They all end up in the finished product, which can no longer be considered kosher. Therefore, despite the greater availability and prevalence of farmed salmon, natural wild salmon remains preferable for the Jewish population. Can prepare many dishes from this fish – the Jews of Ecuador prefer salmon ceviche, Russians cook salmon in white wine, French Jews have come up with a lot of delicious sauces for this fish, and Italians wrap salmon in foil bake it on fire.

There are a lot of recipes for salmon for the Jewish table. For example, here is a recipe for a delicious and straightforward salmon dish, which can compete with the world-famous “gefilte fish.” This recipe is typical for the entire Mediterranean – the Jews of Israel and the southern countries of Europe cook salmon in this way:

While the salmon is baking, prepare the sauce – an invention of French Jewish chefs. To prepare it, whip the cream. Then, according to the French version of the recipe, you need to add herbs – dill, chervil, and a clove of garlic. But the performance from the Jewish chefs of Italy is whiter and more tender – basil is used instead of dill and chervil, and sharp garlic is wholly excluded. Basil must be chopped and mixed with whipped cream and salt – the sauce is ready.

Serve the baked salmon with a creamy sauce garnished with basil leaves. This simple salmon recipe brings out the vibrant flavor of the fish and can be a festive Jewish table decoration or used every day.

When choosing salmon for preparing kosher Jewish dishes, the fish must meet the requirements of kashrut. If there is no echsher on the fillet, then it is essential to take the time to choose a quality manufacturer. Some brands pass off their products as kosher to increase sales. After all, not only Jews choose kosher products – kosher is a sign of quality. Therefore, people who adhere to the basics of a healthy diet and prefer organic food without additives also choose kosher products, among others. Kosher salmon must be produced directly in the fishing area without chemical additives. 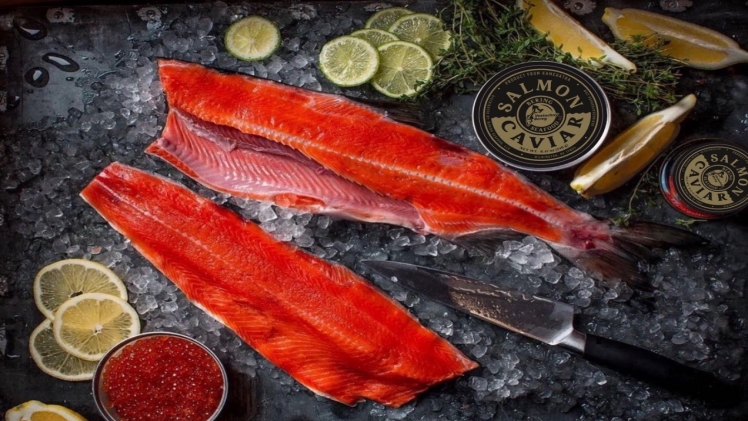 The highest quality products will come from enterprises located in the Far East, where the most favorable natural conditions for fishing and the most significant salmon population. An example of a reference producer of kosher salmon is Vostochny Bereg/Bering Seafood. The production is organized on the principle of a complete cycle – here, they catch, process, and pack fish and salmon caviar under their brand. “Vostochny Bereg/Bering seafood” is a modern factory equipped with the latest technology. The latest generation of equipment makes it possible to freeze packaged products in just 4 hours after being caught. Vostochny Bereg/Bering seafood salmon and red caviar are free of preservatives and other additives, thanks to this short production cycle.

When choosing salmon, Jews need to know that it has not interacted with other non-kosher foods. Vostochny Bereg / Bering seafood specializes in the extraction and production of salmon – no other products are produced at the enterprise. Another essential criterion for the Jews is that the fish is sold with scales and backbone. The Vostochny Bereg/Bering seafood company, a producer of kosher salmon and red caviar, exports its products worldwide. High-quality fresh fish and caviar with excellent taste characteristics are perfect for Jewish cuisine.

Why You Should Try Corporate Cooking Events